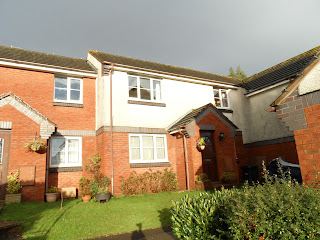 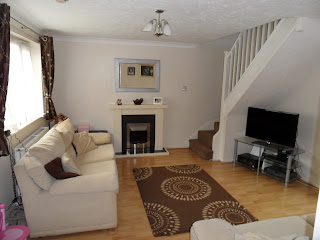 This well presented two bedroomed modern linked house occupies a residential position within a courtyard style setting and within very close proximity of a modern local primary school and with good access to local shops and bus service connecting the town centre of Paignton which is approximately 1 ¼ miles distant and offers a fine and varied of shopping facilities, amenities, beaches and harbour. The accommodation has been well presented by the current owners and offers entrance vestibule with good sized storage/cloaks cupboard, lounge with front aspect and door to the rear garden, opening to separate dining room and there is a fitted kitchen which overlooks the garden. On the first floor there are two double bedrooms plus a modern bathroom/W.C and the accommodation also benefits from the installation of gas central heating and double glazing. Outside there is an allocated parking space within approximately 25 meters of the property, small front garden and enclosed rear garden which is arranged to patio and lawn. An internal inspection is highly recommended to appreciate the accommodation on offer. 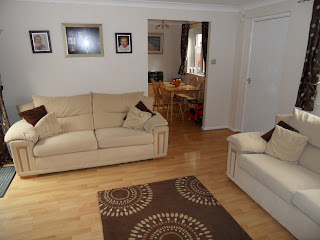 Posted by Williams Hedge at 11:41 AM No comments:


Liz Phillips: Another nail in the coffin of interest-only mortgages.


One more lender has chosen to abandon interest-only mortgages, which continue to turn into a niche product as consumer demand falls.

Coventry Building Society is just the latest lender to stop offering interest-only mortgages to new homebuyers. Anyone with this type of mortgage needs to be seriously worried.

The building society joins Royal Bank of Scotland and NatWest which this week pulled the plug on interest-only following a similar move by Nationwide last month. Even those which still offer them are tightening up their conditions making them far harder to get.

They include the giant Lloyds Banking Group, which has Halifax, Bank of Scotland and Cheltenham & Gloucester under its wing and Clydesdale Bank. Together, these banks and building societies represent nearly half of the UK's lenders.

But that's not all. ING Direct, Leeds and Newcastle building societies will only advance 50% of the purchase price on interest-only, according to Mel Bien of Bien Media.
And many of them will not allow homebuyers to say they will repay the capital through the sale of their property. They have to show they can repay it through savings and investments instead.
Lenders are acting ahead of City regulator the Financial Services Authority making interest-only borrowers prove how they will repay the capital in 2014. The FSA has called these mortgages a "ticking time bomb", with two-thirds of those already in existence due to mature after 2020.

Lenders say these once popular mortgages now represent less than 5% of their applicants and their trade body, the Council of Mortgage Lenders, says only 2% of first-time buyers take one out.
But trying to minimise the impact by talking about new borrowers is masking the real problem - existing interest-only borrowers.

If they're with one of the lenders which have pulled out of the market or put in restrictive conditions then they're going to find it impossible to trade up to a bigger home. Even if they can take their existing mortgage with them, they won't be able to borrow more.
And switching to another lender prepared to advance a home loan on this basis is going to be difficult. More mortgage companies are going to drop out of the market, so those that are left can ramp up their interest rates as the competition falls away.

Once that happens the money they save on their repayments can't be ploughed back in to chipping away at the capital as they'll have less spare cash to go around.

The attraction of interest-only mortgages is obvious. On the whole monthly repayments are a massive 40% less than on a repayment mortgage. Take a £165,000 mortgage with an interest rate of 4%. On a 25-year repayment mortgage the monthly bill is £880, whereas on an interest-only basis it's merely £550.
Only the other day on Twitter, I saw someone saying they hadn't realised they weren't repaying any of the original loan on their interest-only mortgage! It's mind boggling to think people can be so deluded. Unlike many financial products, this one does what it says on the tin.

If you're only repaying the interest then there's no way you're paying off any of the capital. It's time to face up to the hard facts if you're on an interest-only deal. Either grab one of the excellent cheap repayment mortgages around now or split your mortgage and move at least part of it to a repayment type.

Posted by Williams Hedge at 9:34 AM No comments: